Gabriel Turcu, managing partner of Turcu&Turcu, was named Lawyer of the Year 2018 in Intellectual Property by Best Lawyers.

The Lawyer of the Year award recognizes attorneys with the highest peer ratings for a specific practice area and geographic region.

World Trademark Review, a global publication for trademark professionals, has included Turcu&Turcu in its rankings of trademark law firms, in the ”Gold” category:

”Offices in Bulgaria and Moldova give it unrivalled reach into neighbouring markets, and it deploys its robust customs enforcement capabilities in the Caspian and the Balkans to superb effect. Renowned for his anti-counterfeiting nous, Gabriel Nicolae Turcu has “great experience working before the courts, as well as with other state entities in fighting the trade in fake goods”.

“Gabriel Nicolae Turcu keeps the quality high at his firm – he is a really passionate managing partner and a longstanding IP expert with an excellent track record.” The group’s experience in pharmaceutical patent litigation is virtually second to none and several of its most significant campaigns have broken new ground in Romania.”

Gabriel Turcu is the winner of the Client Choice Award for Trademarks for 2015!

“He was very diplomatic and always tried to resolve conflicts in the best interests of the client.”
“Gabriel Turcu has been instrumental in defending our interests and solving problems.”
“The best IP lawyer I have encountered in Romania.” 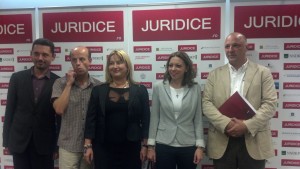 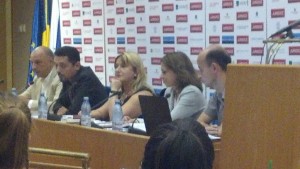 Gabriel Turcu chairs a panel at a conference on IP rights infringement and unfair competition organized by Cotidianul.ro and InfoCons. 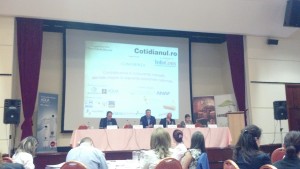 Counterfeit drugs: A risk for patients